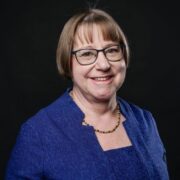 Emeritus Professor Annabelle Duncan is a Microbial Ecologist by training, who was educated at Otago University in New Zealand, La Trobe University, and Monash University. She has completed a Senior Executive Management course at Harvard University as well as the Director's course and the Advanced Diploma from the Australian Institute of Company Directors. She worked sixteen years at CSIRO, initially as a research scientist and later in science management. As the Chief of CSIRO Molecular Science for six years, she supervised the spin-off of six start-up companies.

From 2005–2007 she was Deputy Director and Chief Operating Officer of the Bio21 Institute at the University of Melbourne. From 2007–2010 she was the Executive Director, Science Collaboration at the Biosciences Research Centre, a joint venture between La Trobe University and the Victorian Department of Primary Industries.

Emeritus Professor Duncan has acted as an adviser to the Department of Foreign Affairs and Trade on biological weapons control and in this capacity represented Australia at international arms control meetings. She was awarded a Public Service Medal in 1996 and an Honorary DSc from Murdoch University in 2005 for her work in arms control. She has also served as a biological weapons inspector with the United Nations in Iraq.

She currently serves as a non-executive director on boards and chairs the NSW Physical Sciences Fund.